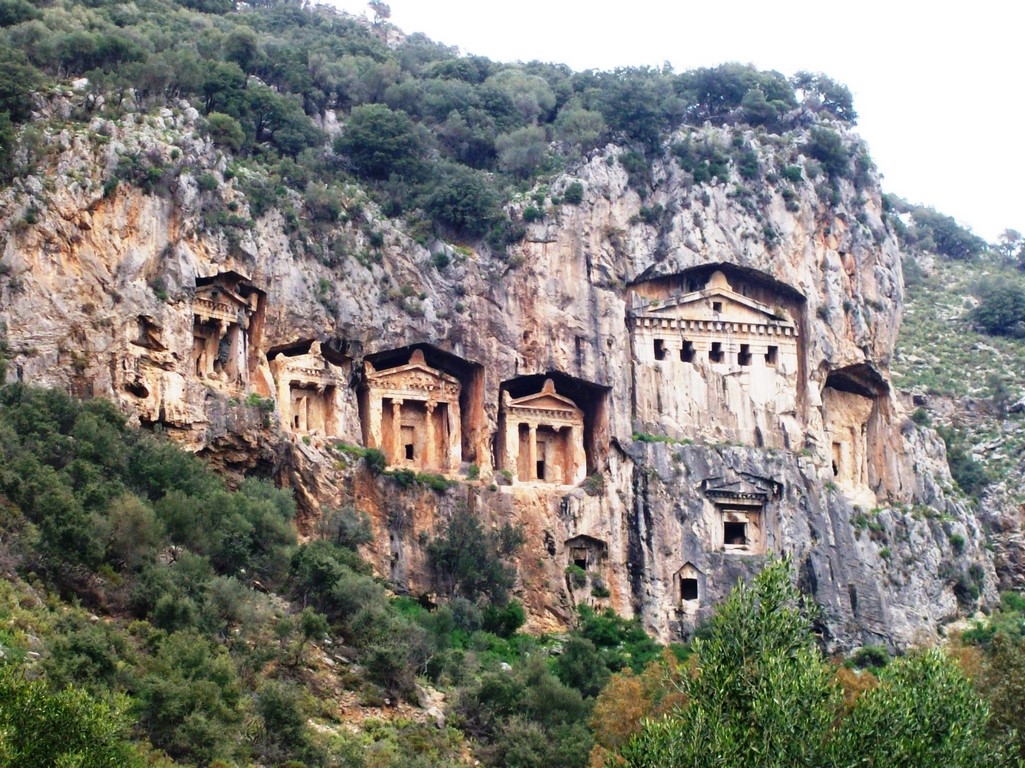 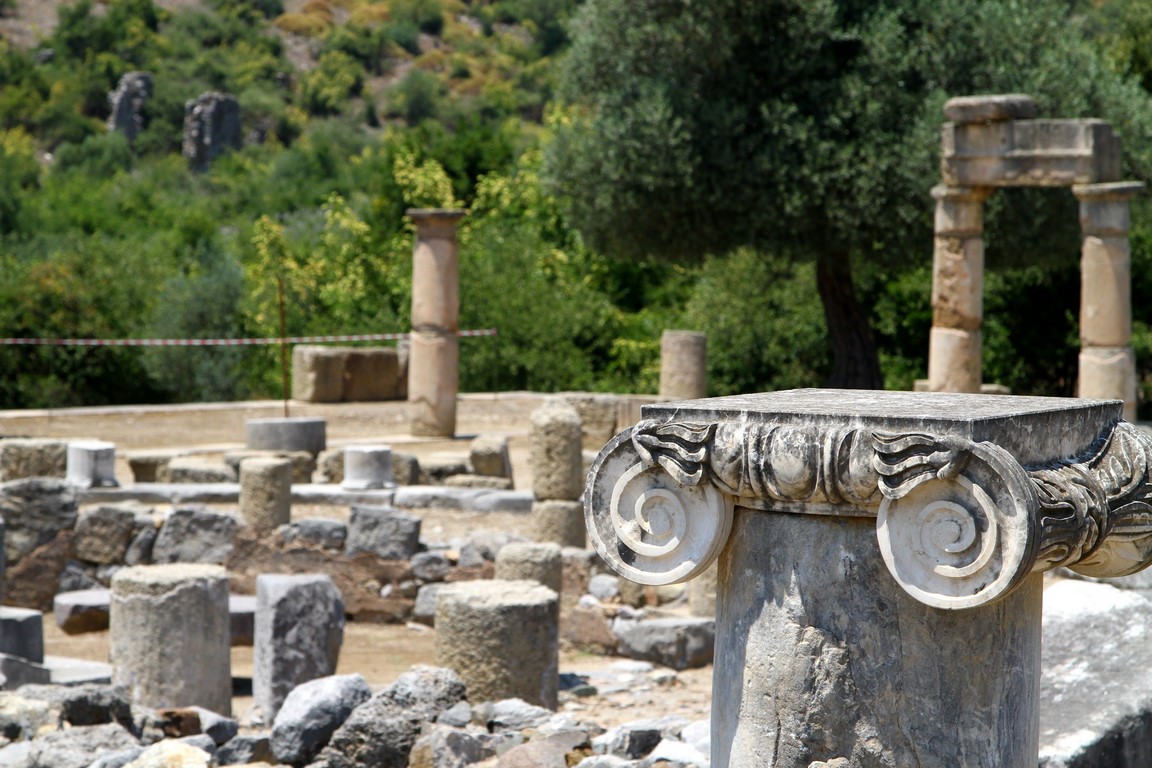 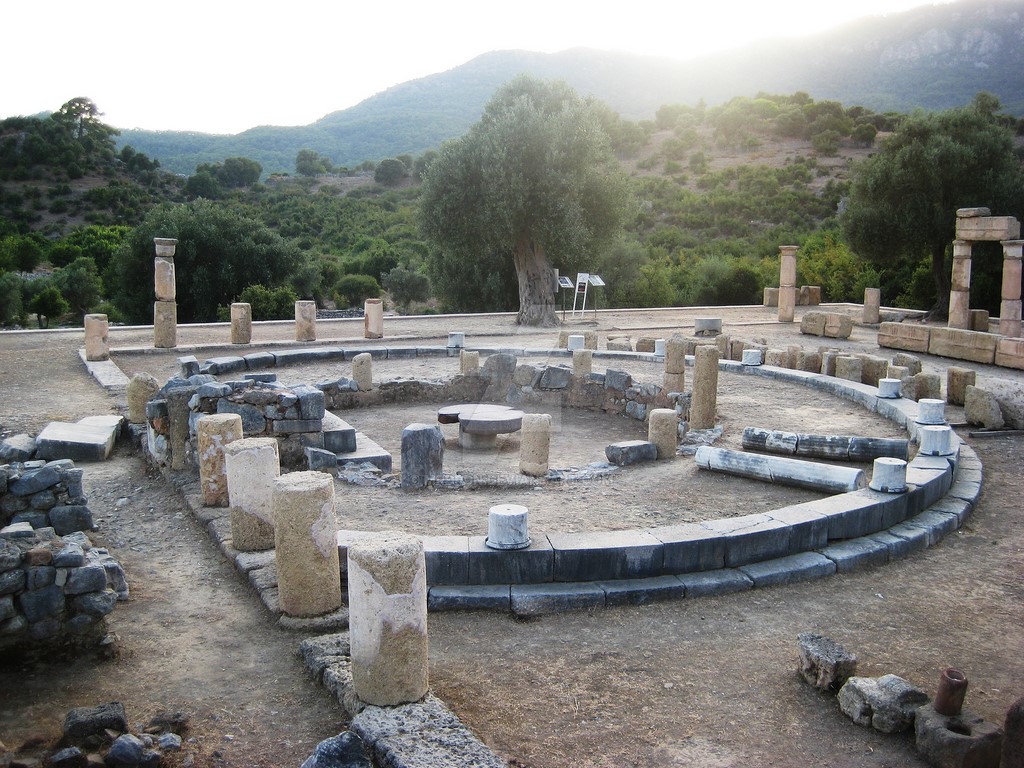 Kaunos was a city of ancient Caria and in Anatolia, a few km west of the modern town of Dalyan, Muğla Province, Turkey. The Calbys river (now known as the Dalyan river) was the border between Caria and Lycia. Initially Kaunos was a separate state; then it became a part of Caria and later still of Lycia.

Kaunos was an important sea port, the history of which is supposed to date back till the 10th century BC. Because of the formation of Iztuzu Beach and the silting of the former Bay of Dalyan (from approx. 200 BC onwards), Kaunos is now located about 8 km from the coast. The city had two ports, the southern port at the southeast of Küçük Kale and the inner port at its northwest (the present Sülüklü Göl, Lake of the Leeches). The southern port was used from the foundation of the city till roughly the end of the Hellenistic era, after which it became inaccessible due to its drying out. The inner or trade port could be closed by chains. The latter was used till the late days of Kaunos, but due to the silting of the delta and the ports, Kaunos had by then long lost its important function as a trade port. After Caria had been captured by Turkish tribes and the serious malaria epidemic of the 15th century AD, Kaunos was completely abandoned. In 1966 Prof. Baki Öğün started the excavations of ancient Kaunos. These have been continued up to the present day, and are now supervised by Prof. Cengiz Işık. The archeological research is not limited to Kaunos itself, but is also carried out in locations nearby e.g. near the Sultaniye Spa where there used to be a sanctuary devoted to the goddess Leto.