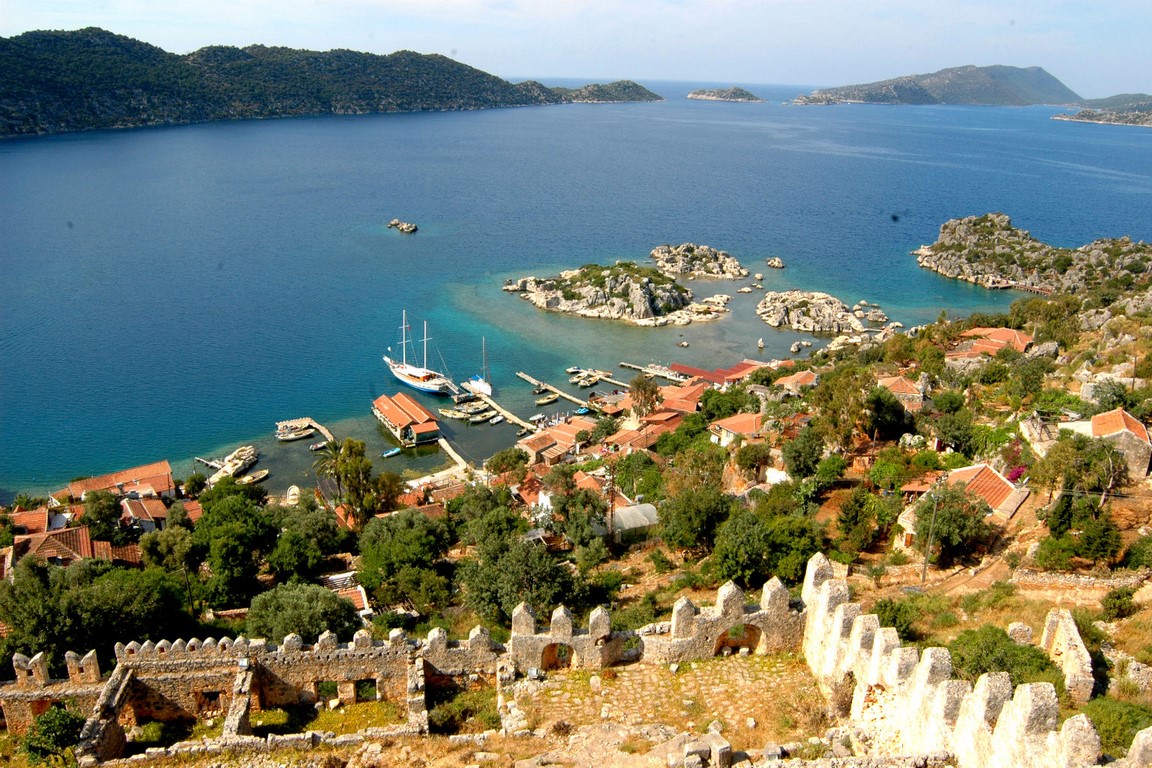 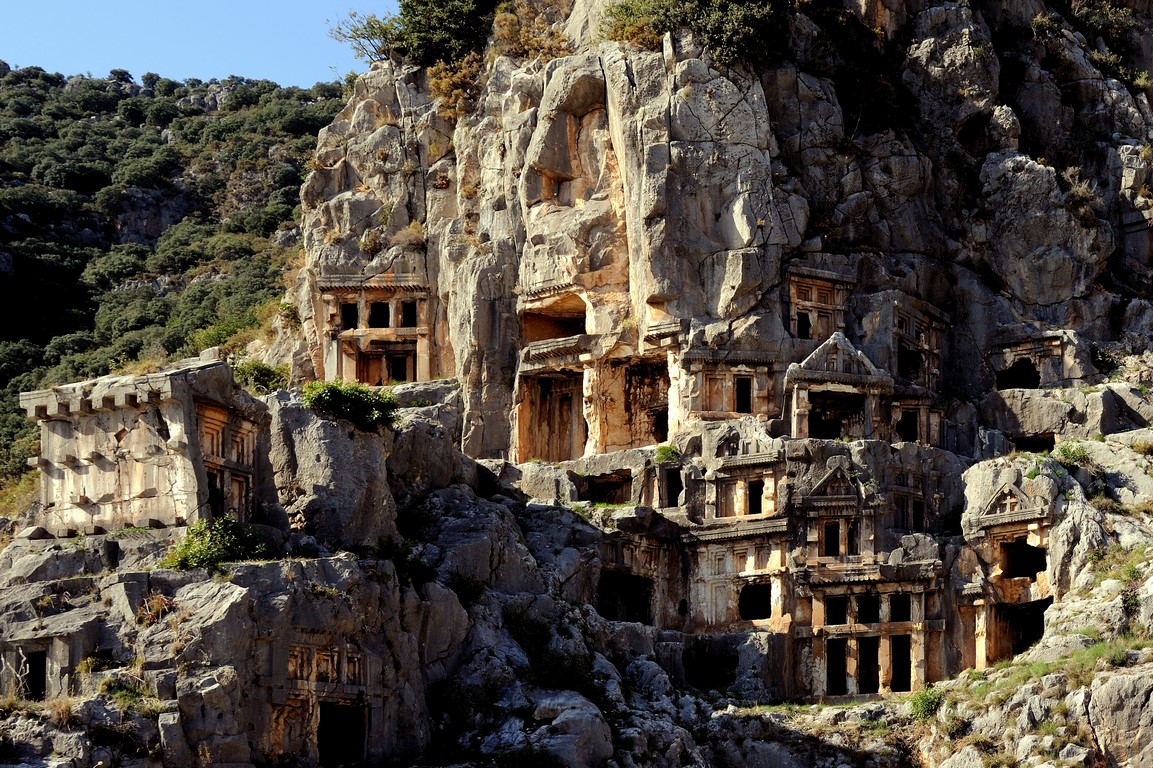 Demre is a town and its surrounding district in the Antalya Province on the Mediterranean coast of Turkey, named after the river Demre.
Demre is the Lycian town of Myra, the home of Saint Nicholas of Myra, the historical man later developed into the figure of Santa Claus. The district was known as Kale until it was renamed in 2005.
A substantial Christian community of Greeks lived in Demre (Myra) until the 1920s when they were forced to migrate to Greece after the Population exchange between Greece and Turkey. The abandoned Greek villages in the region are a striking reminder of this exodus. Abandoned Greek houses can still be seen at Demre and the regions of Kalkan, Kaş and Kaya which is a Greek ghost town. A small population of Turkish farmers moved into the region when the Greek Christians were forced to migrate to Greece. The region is popular with tourists today particularly Christian pilgrims who visit the tomb of Saint Nicholas.