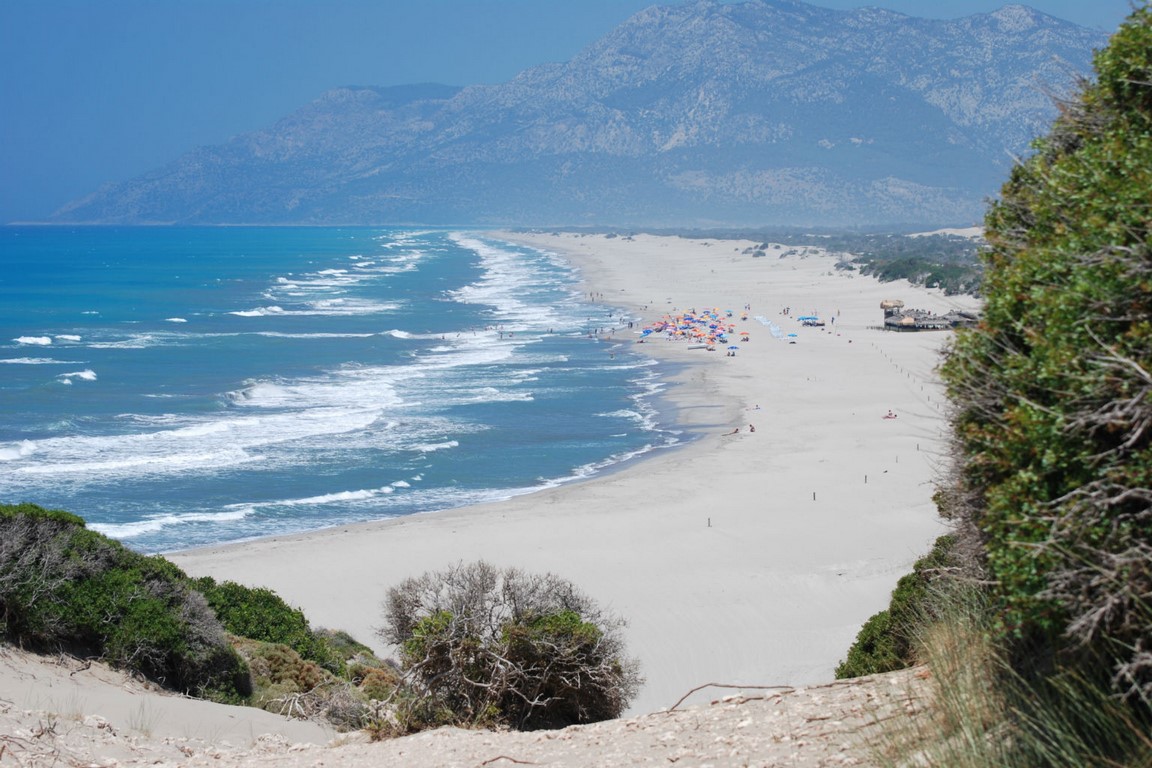 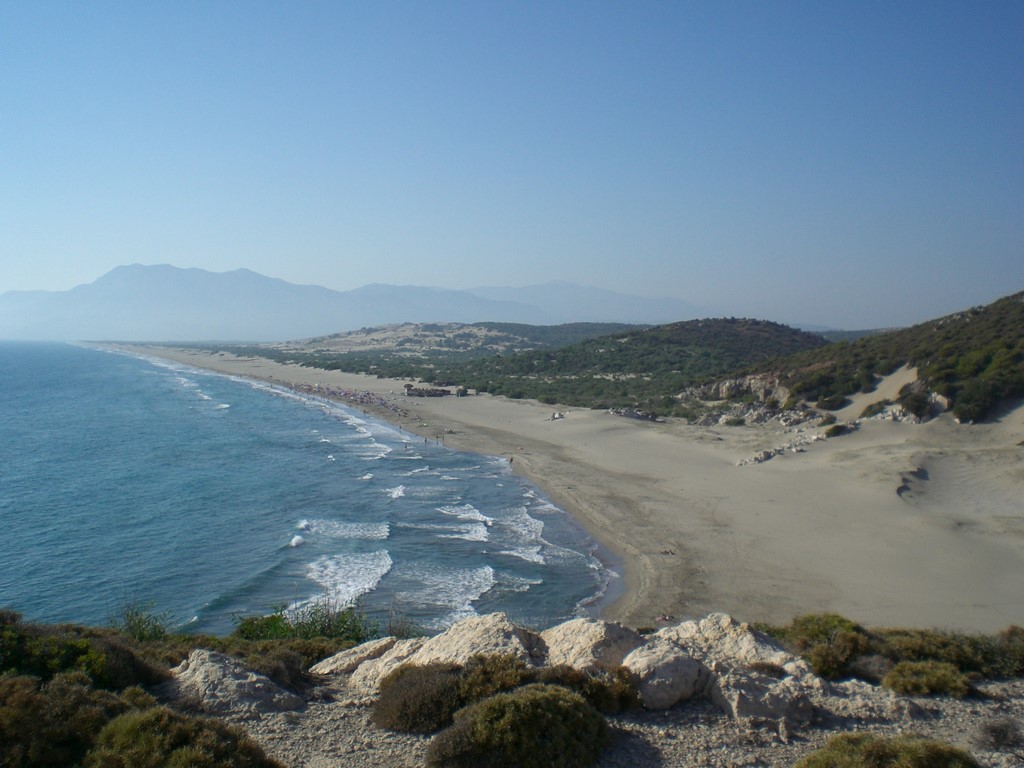 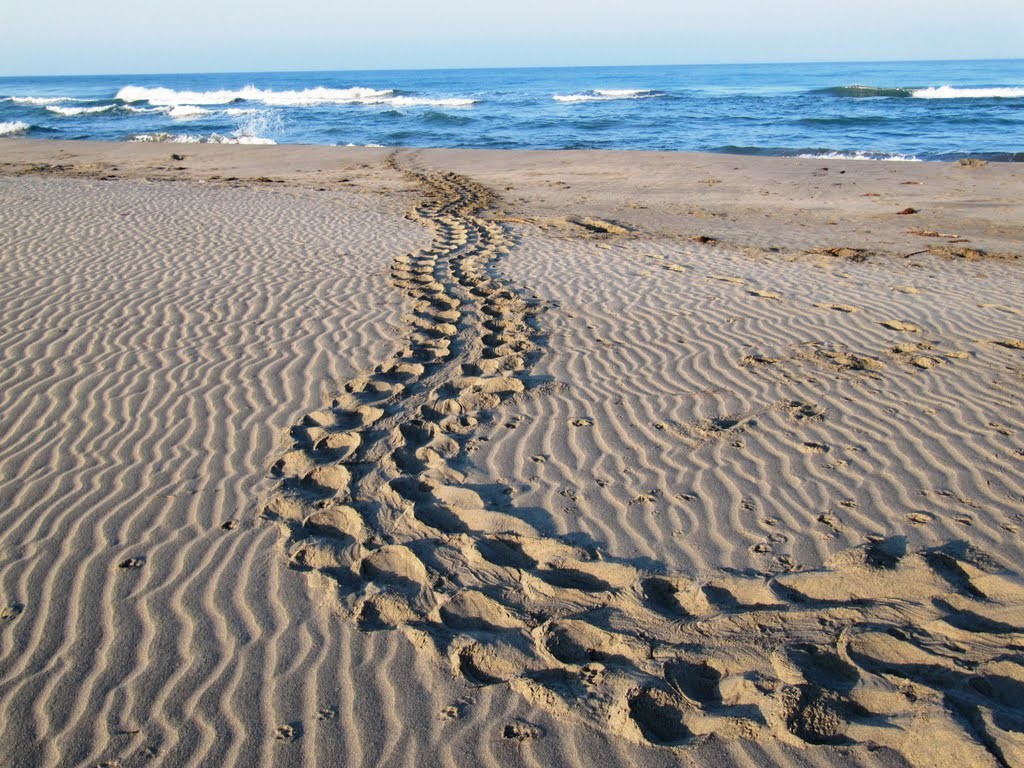 Patara
At a distance of  70 km from Fethiye, the ancient name of the city is Gelemis, Ovagelemis. There is a temple for Apollon erected by Pataros and an harbour at the site, Patara means "victorious". Since it is menlioned by Heredotus, the city must have been constructed prior to the fifth century B.C.
Alexander the Great seized the city in 333 B.C. During the wars after Alexander, Patara served as an important naval base.
Patara is a good example of how nature devastates work by human hands. The first sight that meets the visitors' eyes is the Arch of Triumph erected by Mettius Modestus in the first century A.D. On the eastern slope of the hill there is a bath. The theater, partially covered by sand, is located on the northeastern slope of the hill facing the sea. The stage is covered by trees. Behind the theater there is a circular well. The water was probably supplied to the city by the aquaducts in the West and in the East, supported by cisterns.